Seattle, WA -- (ReleaseWire) -- 04/03/2017 --It cannot be denied that the rural states of the Western American Interior are some of the most scenic states in the entire United States. With relatively low populations, these states can boast about vast swaths of preserved lands and untouched nature. These benefits, however, can lead to adverse effects. While these areas are vital to protecting green spaces, the lower population found in these western states, when combined with the practice of granting a minimum of three electoral votes per state, allows for voters within these states to have a larger say in national elections than their fellow Americans in more densely populated states. This distortion is a problem within the American voting system that many concerned citizens want to call attention to and fix. One such engaged American designer, Myles Peña, is doing just that with his new series of sculptural plaster models, Power Absorbent Landscapes On The Great Divide.

This year, Peña is crafting the project On The Great Divide, riding his mountain bike over 3,000 miles on the Great Divide Mountain Bike route to spur a conversation on politics and place with those typically outside of his social bubble. His goal is to use those experiences to tell the story through interviews, photographs, maps, and sculpture. Power Absorbent Landscapes is the first project from On The Great Divide that depicts the topography of three beautiful locations on the Great Divide Mountain Bike Route from the state with the greatest voting power, Wyoming. Produced in two scales, the first scale is a perfect downsizing of the natural landscape, and as such these models depict the topography at a 1:1 scale. The second model utilizes a 1:3 scale that exaggerates the natural features, creating a much more striking profile and texture. This 1:3 scale represents the disparity in relative voting power between citizens of urban and rural states, specifically the statistic that each voter in Wyoming is worth three urban voters in national elections. In creating these pieces, Peña hopes to both provide a beautiful piece of art, and promote serious conversation about the American election system.

With work on his molds finished and several successful tests runs under his belt, Peña has turned to Kickstarter in order to surpass his final obstacle: funding. While the process itself has become easier with practice, creating this project and models requires a time and material investment that would be unsustainable for Peña without financial support. Therefore, Peña has turned to Kickstarter to reward backers with pieces of this meaningful project and to generate the money he needs to finish making these models. Backers of this project can rest easy knowing that they are investing in a movement that aims to further the ideals of true democracy, all while supporting fine art. 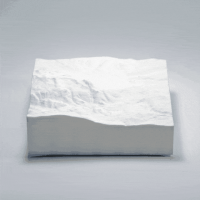 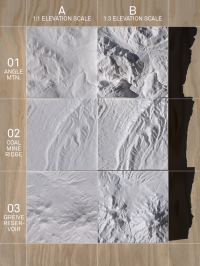