Archaeologist describes the wide ranging emotions of Armenians, Kurds, and Iranians to the pending public exposure of Noah’s Ark, in the southern gorge of greater Mount Ararat in eastern Turkey. Here, attitudes vary from apocalyptic fear to ecstatic joy.

The archaeologist is certain: "The rediscovery of Noah's Ark is a fact and the greatest archaeological site in history. The Ark is close to 150 meters in length, broken in two sections, at elevations between 3,900 to 4,700 meters above sea level, with an origin dating to the Late Epipaleolithic Period (13,100-9,600 BC) and earlier. The structure in the southern gorge on greater Mount Ararat is 100% a maritime barge and exhibits angled hulls, thousands of cages, large sloping ramps, three decks, and large cargo holds covered with legumes. Much of the wood architecture of the Ark has been preserved in ice. Also, the organic artifacts have been cryodesiccated or freeze-dried causing the artifacts to preserve for thousands of years. The structure follows all traits described in the Bible, Quran, and by Berossus, Josephus, and in Alexandrian traditions."

Armenians hid Noah's Ark from foreigners for two thousand years. The archaeologist met with the heirs of Armenian guides that led foreigners to Noah's Ark in the late nineteenth century and descendants of Armenian interrogators that worked for the Soviet state during the 1930s. The archaeologist studied the artifacts and features from the Ark for ten years. The descendants and archaeological data provide insight to the impact of Noah's Ark on modern Anatolian history and some members of the Armenian diaspora.

Klenck notes: "At the turn of the twentieth century, the Catholicos of the Armenian Apostolic Church and Armenian guides at the base of Mount Ararat refined tactics to conceal Noah's Ark while raising funds from visits to the vessel, by foreigners from Tsarist Russia and the United States, to fund independence initiatives against Ottoman Turkey. As this revolution failed, Catholicos Mkrtich Khrimian (1820-1907) issued four orders regarding Noah's Ark that concealed the vessel until recently.

There has been consternation within the office of the Catholicos and ranking members of the Armenian Apostolic Church concerning the exposure of Noah's Ark to the world. Some Armenian priests and lay persons believe revealing Noah's Ark earlier in history would have prevented Turkish-Armenian conflicts, World War I, rise of Communism, emergence of Hitler's Nazi party, World War II, and many other conflicts because the Ark negated most secular theories, verified Biblical history and the Old Testament origin of human and animal populations.

Other Armenians believe that Noah's Ark should remain a secret to prevent the vessel from falling into the hands of the Turkish people, a source of Armenian losses and military defeats. A similar concern is that if the Ark became common knowledge, it would cause the unification of Muslims around eastern Anatolia and threaten the modern Republic of Armenia.

Several priests of the Armenian Apostolic Church warn the rediscovery of Noah's Ark could be used by evil persons as a symbol of unity to foment a one-world government, economy, and religion, or alternatively a pan-Islamic maelstrom that would persecute Christians. These apocalyptic views are also echoed by some in the Kurdish community near Mount Ararat, who believe the rediscovery and exposure of Noah's Ark portends the end of the world. Other Armenian priests believe that the exposure of Noah's Ark will be a tool used by God, to consolidate His enemies for their ultimate destruction, before the Messianic Kingdom of Jesus Christ. Iranian military members that regularly climb Mount Ararat believe the rediscovery of Noah's Ark will precede the rise of the Madhi, an Islamic deliverer that will unite all Muslims.

Still, other Armenians lament that the younger generation is indifferent to Noah's Ark, being more fascinated by modern video games, music, and material possessions. For example, one of the elderly descendants of a former Armenian guide to Noah's Ark had family members, that were so disinterested in inheriting Ark artifacts, she donated the objects to a local museum that did not know the import of these specimens. One cryodesiccated wood bowl, from a reliquary near Noah's Ark, was glued to a bench to hold keys for several museum doors. The origin, location, and significance of these artifacts were reported to the Turkish government.

Several descendants of former Ark guides question why Noah's Ark was concealed for so long as it led to the Ark's loss of relevancy. To them, the secrecy surrounding the Ark in the Armenian community caused the sacred structure to become an object of scorn and skepticism. As such, they are relieved that the Holy Ark is being preserved and shown to the world, even if the archaeologists are from Turkey."

The archaeologist concludes, "Noah's Ark will be revealed to the public in 2021 and the Republic of Turkey is working to protect and conserve this religious and cultural masterwork. Still, Noah's Ark is facing horrific loss by melting glacial ice, terrible decomposition of its wood architecture and organic artifacts, and continual looting. The goal of any archaeologist is to mitigate the loss of historic properties. Noah's Ark is the ultimate archaeological site and religious shrine and requires extensive curation and preservation activities. 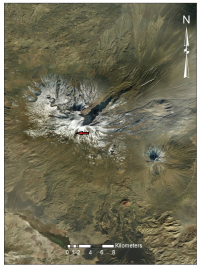 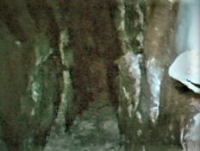 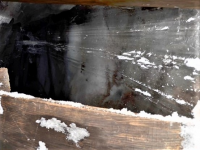 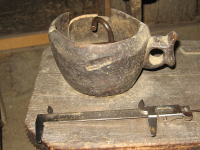 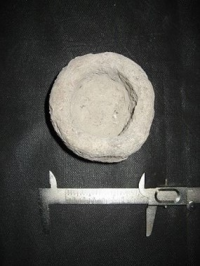 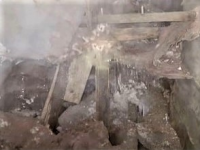